Department of Geography
University of Zurich

In the media (selection)

What are the risks of concurrent climate events?

Simultaneous extreme heat and drought events have consequences in a variety of areas – for example the economy, health and food production. In addition, due to complex socio-economic connections, such extreme events can cause knock-on effects, researchers at the Departement of Geography have shown. More systematic risk assessments are needed to make affected regions more resilient. 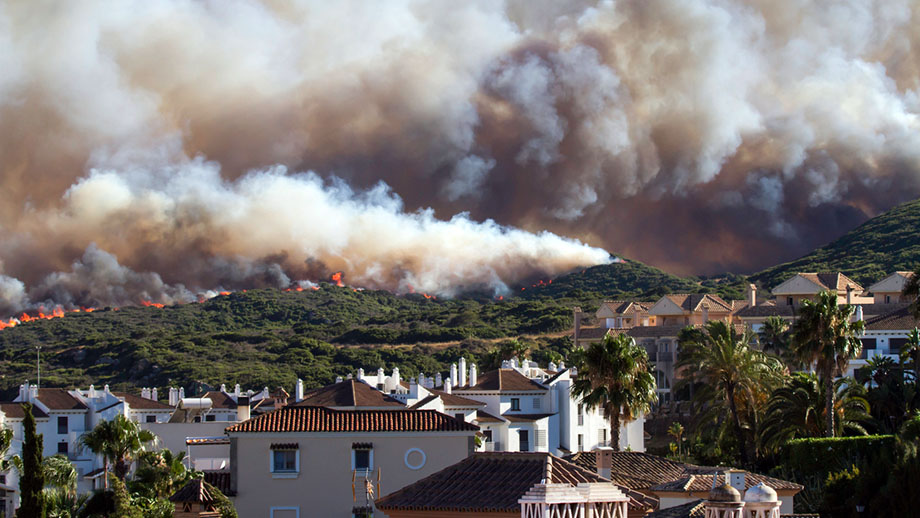 As the climate gets warmer, extreme heat and drought events become more frequent and longer. This makes them a growing risk for society. (Image: iStock.com/Diarmuid Curran)

In many parts of Europe, summer 2022 has been brutal: long periods of drought combined with record high temperatures. Heat waves, water shortages and forest fires are particularly affecting southern, western and central Europe. Such weather extremes, which are mutually reinforcing, affect a wide range of sectors and systems – healthcare, agriculture, food production, energy supply and ecosystems, as well as the wider economy and society.

Large financial losses due to extreme heat and drought

To better understand the consequences of such extreme climatic events in different areas, researchers from the Department of Geography at the University of Zurich (UZH) analyzed eight extreme heat and drought events in Europe, Australia and Africa occurring during the last 20 years. Besides examining the direct and indirect consequences for various sectors and systems, they also studied the impact of responses to such events. “The financial losses, for example, can be substantial,” says Laura Niggli, first author of the study. “In the cases studied they ranged from several hundred million to several billion US dollars.” In extreme cases such as the 2019/2020 Australian bushfires, losses were up to approximately 100 billion US dollars, which is equivalent to over 5 percent of Australia’s GDP.

Additional damage due to cascade effects

As the researchers show, the effects of simultaneous heat and drought are not limited to just their individual direct effects on different areas. “We identified an interconnected web of sectors that interact in direct and indirect ways, which causes additional loss and damage in several other sectors, particularly health, energy, agriculture and food supply,” says PhD candidate Niggli. It is this multi-layered interconnectedness that makes the risks of extreme events so complex – and critical. The cascading effects spread across numerous sectors and can have far-reaching consequences for essential systems. “Simultaneous weather extremes are potentially capable of destabilizing entire societally-important systems, such as global trade,” Niggli points out.

The analysis also shows that adaptation measures taken against extreme heat and drought events were mostly reactive and of limited scope. In several cases, the scientists found evidence of misalignment of measures: that is, actions taken by one sector sometimes had negative effects on other sectors, particularly on the energy and water sectors, the economy, society, culture and ecosystems.

The researchers make the case that in the future, risk assessment should not just take into account the consequences of extreme events on individual sectors, but should systematically consider the interconnectedness of sectors and systems. This would help to improve the adaptability and resilience of the affected regions. “This is especially important as in the future we are likely to see unprecedented, combined extreme events with cascading effects exceeding all previous historical cases. These effects need to be carefully analyzed to support the planning of adaptive and reactive measures,” says UZH professor of geography Christian Huggel, who led the study.

As the climate gets warmer, extreme heat and drought events will happen more and more often, be more intense and last longer. In order to mitigate this growing risk for society, in addition to stepping up efforts and investments in adapting to weather extremes, cross-sector and increasingly international cooperation will be required.