Some four months ago, a devastating flood ravaged the Chamoli district in the Indian Himalayas, killing over 200 people. The flood was caused by a massive landslide, which also involved a glacier. Researchers at GIUZ, the WSL and ETH Zurich have now analyzed the causes, scope and impact of the disaster as part of an international collaboration. 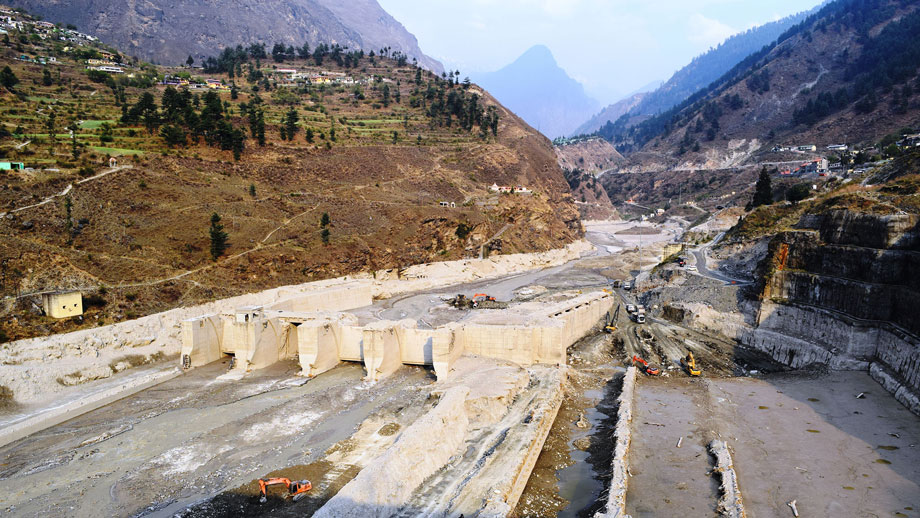 On 7 February 2021, a massive wall of rock and ice collapsed and formed a debris flow that barreled down the Rishiganga and Dhauliganga river valleys, leaving a trail of devastation. The flood took more than 200 lives and destroyed two hydropower plants as well as several roads and bridges. A large international team including researchers from the University of Zurich (UZH), the Swiss Federal Institute for Forest, Snow and Landscape Research (WSL) and the ETH Zurich came together immediately after the disaster and began to investigate the cause and scope of the flood and landslide. Their study used satellite imagery, digital models of the terrain, seismic data and video footage to reconstruct the event with the help of computer models.

Avalanche of rock and ice

Twenty million cubic meters of rock had broken off from Ronti peak in Chamoli district in Uttarkhand at about 5,500 meters above sea level, including a steep hanging glacier with about 5.5 million cubic meters of ice. The massive avalanche, made up of rock (80%) and ice (20%), hurtled down the valley and the narrow gorge. Resulting energy from the friction melted almost all of the ice and led to a devastating mudflow.

The international cooperation analyzing the extreme event was coordinated by GAPHAZ, a scientific group of leading experts on glacier and permafrost hazards in mountains. Holger Frey from UZH’s Department of Geography and GAPHAZ board member says: “The speed and breadth with which we analyzed the disaster is unprecedented. Only five years ago, having such extensive and high-resolution satellite imagery available so quickly was almost unthinkable.”

The UZH researchers have been working in the Indian Himalayas for several years and were contacted by the Indian government’s National Disaster Management Authority (NDMA) only hours after the event. In the days that followed, they were able to provide the Indian authorities with initial insights on how the disaster unfolded and the processes involved. “Among other things, our reports and assessments were used to plan the on-site investigation,” says Frey.

The deaths of more than 200 people, most of whom were non-local workers, and the destruction of the two hydropower plants added fuel to the ongoing debate about power plant projects in fragile alpine ecosystems. Following the devastating floods in Uttarakhand back in 2013, the hydropower industry was accused by the Supreme Court of India of having exacerbated the consequences of such floods with its practices. “The Chamoli disaster sadly confirms that many hydropower companies operating in the Himalayas are not doing enough to survey and monitor the increasingly unstable alpine environment,” says co-author Christian Huggel from the UZH Department of Geography.

The effects of climate change can also be felt below the surface. Temperatures inside mountains are rising in permafrost regions, increasing the likelihood of rockslides in alpine zones. Given the growing energy requirements in the Himalayan states, this problem is expected to get worse. “The Chamoli disaster was a rare extreme event,” says Holger Frey. “But it’s only a matter of time before the next such massive event will happen somewhere in the Himalayas.” With several additional hydropower plants in planning, fast and sustainable solutions are needed – as well as close collaboration with scientists. “We must take advantage of the most advanced technologies and knowledge to better protect human lives and assets in the future,” Christian Huggel says. Such rare disastrous events cannot be ruled out for other mountain regions either, and they can have disastrous effects, especially in regions with relative dense infrastructure such as the Alps.